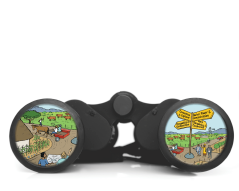 “As people seek better livelihoods, the idea of land occupation is spreading.”

The EFF calls for confiscatory land reform without compensation and it seems this is appealing to those frustrated by the alleged snail’s pace at which land claims are dealt with. Earlier this week members of the party illegally occupied a piece of Safcol’s Bergvliet Plantation in support of the KaMgadzeni land claimants who lodged a claim on the land in 2002, and claims that nothing has been done. See Mpumalanga land claimants take extreme measures to demand land and EFF takes the lead in illegal occupation of land to read more.

Is this the future of land reform in South Africa?

Join the conversation. Share your views on the current status of land reform in South Africa.